It’s unique how as humans, some of our most simplistic concepts can expand into much complicated tangents. Love being the concept and topic for this conversation. It all started with me staying up late at night, in my bed, watching youtube videos. What started with tattoo and piercing videos, led to surgery videos, and then to my subscriptions which includes vloggers. One of which was new and was the generic “couples vlog”. Amidst the thoughts in my mind, one popped up which led to me googling: Are gold diggers happy?

Of all things. I know, even I’m shaking my head. But it led to several forums where people discussed it. Many were basically saying things like “they both know what’s going on”, “if money and status is what makes them happy, so be it”, “it usually doesn’t end well” and other things. This led me to think about happiness, and how as a society we shouldn’t really hinge our life on that idea of always being happy. Not saying let’s all be sad, but if we are constantly happy, we forget what the feeling and meaning is like. To use a sports analogy, it is like a team that stays undefeated for many years. It becomes repetitive, constant, and expected. That feeling of winning dulls over time, and it is only when we fall and get back up do we remember the bliss. Personally, I am conflicted when it comes to money. I see the appeal of having the lavish house, cars, and other things. But at the same time, I reflect on the song “Castle Walls”. What is the point of living in a castle, when it is all so lonely? When the person you wake up next to is an okay person, but not someone you truly connect with. When your children, if any, run the risk of growing up spoiled or entitled, and may not fully understand the value of little things in life. And when you pass on, many of those things you own will fly off into the wind; to the next person who will not place the same meaning as you did to those valuables. I would much rather spend money on wisdom and travel, rather than items that unravel. That feeling of expectations, constants and dulling can be said about love as well.

When you look at the way Hollywood portrays love/romance/passion, it is seen commonly in two ways: fairy tale/rom-com or a night of fun promiscuity. In real life, it’s like a war-zone out there. The ones looking for relationships may stumble upon those not looking at all, and the ones who want just one night may find themselves seeing the other constantly. People can get hurt, others find hope when they were looking for fun, and of course many find love. At the start of this post, I said the answer is yes and no, and here is why I said yes.

I have heard several people, mainly older like late 30s to 50s, say it is overrated. I always shake my head in disagreement, because it is only like 20% accurate. My reason: I like to go out a lot to events. When I am out and there is a song playing, I always see people dance. And every time, every. single. time., there is at least one couple (who are in their 70’s or 80’s) dancing the night away in their romantic waltz amongst the young crowd. That right there is all I need to see to know it is not completely overrated. Yes, different eras and times, and technology certainly has changed so much of what we do in many aspects. But we make choices ourselves. We choose how we act and what we find important, and we also choose our partners. If we, like these people I heard say it, choose people who may not be so romantic from the start, not have a compatible personality or base it on status and wealth, well. . . chances are it won’t thrive.

Yes romance and passion fade like all things over time, but only in terms of frequency not intensity. How we define intensity changes as we age, like how our interests change over time. We forget that as we get older, things slow and we physically are not as strong. So what we define as intense at a young age, may be different when we are much older. Being thrown up against the wall at 30, may be replaced by warmly embracing in bed at 70. If aging and getting old and wrinkly is one of your fears, you need to get over it because you will never be happy while on your quest for youth. Whether it is improving your youthful look, or being in a relationship with someone with youthful looks, it won’t be as happy as you think.

If you find yourself seeing your partner be less and less passionate, communicate. Don’t drop hints, talk to them. And if you reach a certain point of no return, as I once said in a prior post, it is okay to say “I deserve better”. But Love is overrated in another way in how Hollywood promoted the idea of it being a fairy tale. Have you ever dated someone who was verrrry quick to want to make it serious? Who dreams about getting flowers, roses, and other expressions of love that sweep them off their feet? And when things go south, suddenly they have a disdain outlook on love and people? Yeah, that is what I mean when I say Hollywood can ruin the way people perceive love, romance and relationships. I have dated a few similar to that. On a second date with one woman, I still was not overly flirtatious but rather just focused on talking. And already she was looking a month ahead, hoping I would take her to an event that isn’t cheap. And then she later sent me a link with the best places to roadtrip to. Another gal once texted saying she just wanted to skip ahead to the part of the relationship where we get to cuddle at nights. . . this was before we even got to date #2.

Unfortunately, it is like in the movies where my friends are completely oblivious to these signs and tell me to relax and give them a chance, whereas I know it’s not going to work. See, I’m the guy who probably should’ve been taken years ago but still has not. There are a variety of reasons why, but a player is not one of them. After high school, it was more of a shyness/unsure of what I’m looking for thing, as I didn’t want to jump into a relationship like my best friend did and disappear from who I was. Years later, it became knowing what I wanted but struggling to find it. But no matter what, I learned from a young age to never get someone’s hopes up if you know it won’t end well. It’s a crappy feeling, yet I have some friends who are in relationships for the sake of companionship; until someone better comes along. Things like that, and other things are what can lead good people into believing Love is overrated among other things. I know there are many out there in relationships where they are not fully happy in, and deserve better. As much as we want to intervene and prevent further damage to everyone involved, we can’t. It’s for them to realize, and hopefully learn and improve from.

To beat “the game”, don’t play it: Focus on you, and eventually someone unique will enter your life. You just have to be willing to allow yourself to be vulnerable to the possibility of a relationship of any kind (see previous post). Communication is key! We need to make our intentions known, and get good at reading others to see if their intentions match. If you want to just have fun, go ahead. As long as it’s consenting and you are not tricking or taking advantage of someone else to get it. If you want to be in a relationship, or just dating, make that known too but do not try and force someone to commit if they are not ready. Rather than playing guessing games, many things in life can be made easier just by talking. Yes some attach their relationship-happiness to certain features. It can be wealth/status, physical looks, certain age or race, specific jobs, and many other things. If that is what makes them happy, great. We must remember, though, that how one grows up and the environment they live/d in can affect how they view Love. So if they aren’t happy, it was/is their choice and it’s not surprising if their view has been affected.

Is Love overrated? In certain aspects yes, it is not a fairy tale and there will be rough 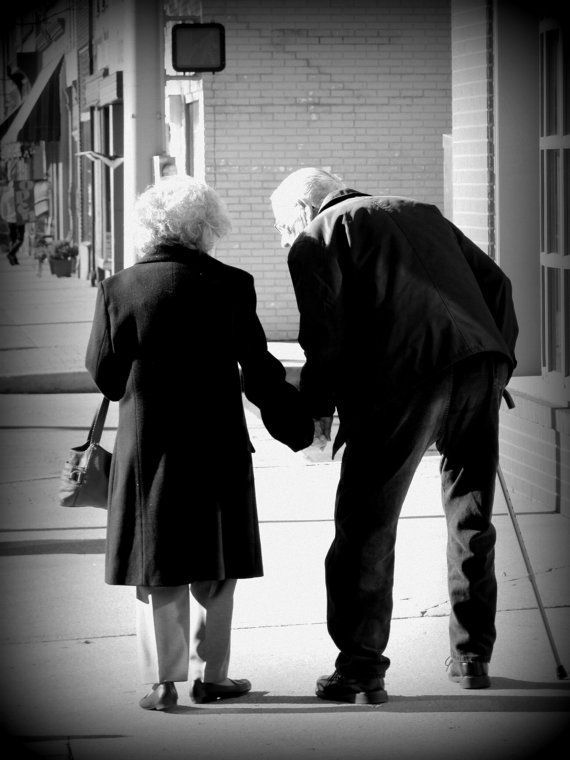 times as you try to be compatible with another. Things like rom-coms and Valentine’s Day may or may not help out, but we should be working on ourselves in the passion and romance department always. Reflect on yourself and how passionate/romantic/loving you are. Don’t rest on your laurels, keep finding new and unique ways to be passionate/romantic. Your significant other will appreciate that. In this modern day, where people are marrying much later, divorce rates rising, promiscuity being promoted, and other things it is easy to think Love is not worth it. Especially if one is starting over at a later age. It sucks to start over, and feel like all you built has just collapsed; leaving you feel unsure and insecure. But it is never too late to start over, pick yourself up, grow, and be open to being vulnerable again. This is all coming from a man who has never had a serious relationship, and grew up mostly around unhealthy relationships to make one believe it’s not possible. Yet here I am, old soul and all, saying Love isn’t so overrated and can happen to anyone. You just need to figure out what you look for in someone, what makes you happy, and if they will truly make you happy. Because if you are with someone for the wrong reasons, or see it becoming unhappy, you need to make a choice. Focus on yourself, and keep believing and taking chances; someone great will turn up. And to think this all started with gold diggers. . .