🖼 MUSEUM OF FINE ARTS (HOUSTON) - It's like three museums in one, as you explore three (yes 3!) buildings all interconnected by walking tunnels underground. Each tunnel has different light art that mesmerize along the way towards each building's various styles of art.
🌅 Meet me where the sun touches the sea...
👀 EYE am so glad it's Friday!!! Anyone else have big plans today or this weekend??
🌍 CATANIA, SICILY - You ever wander through side streets & find colorful hidden gems?
☀️ This Summer, fall in love with travel again!! In 2021, I went to Chicago, Seattle, & Los Angeles within the US. For 2022, even though I mentioned 2 trips abroad in my IG stories, I'd still like to do some more domestic travels as well. But where should I go? NYC? Denver? Boise?
⚜️ VISIT FLORENCE - Home to David, the birthplace of the creator of Pinocchio & the paradise of any art addict in the world!!
Join 241 other subscribers

No, she is no raider of the tombs for treasure

But is one to never back down from adventure

When she heard tales of the forest from others

Her curiosity peaked in knowing more about it

Others cautioned her to be careful going in

For many have tried only to be lost and broken

She was not others though, no, she’s got this

The woman told those who knew about the forest

When she returns she’ll bring with her a gift

So she ventured forth into the unknown

But experiences are always different

This one was unlike any she seen before

Both the forest and she had something in store

The forest is a learning opportunity for many

To know where to improve and understand yourself

So when the next journey unfolds into other woods

They will be ready and able to come back victorious

Noticing the wonderful, interesting qualities around her

Suddenly the sunlight dimmed and the air chilled a bit

Clever was she, though, and brought a jacket with her

Packed in her bag was food as well for nourishment

The end will be worth it, just try to turn the key

Venturing further she felt something in the ground

A subtle vibration that could be felt in her feet

She was getting closer to the center of this journey finally

Her intellect kept her grounded, tact and aware of what to do

That personality which rarely ventured here stirred the floor

She even sang along the way showing her strength and passion

And then she made it to the heart of the forest

The ground lay still and the sunlight rose up

There was the gift that many others sought for

Her key worked as she embraced what she found

It was time to come back to the loved ones

Knowing she did the improbable and was happy

There they were, friends and family, awaiting her

It took what felt like months but was worth it now

For as she walked out she brought the gift laid within

Suddenly the forest looked so human, free, and she knew

Taking a chance paid off, for she won and opened his heart to love. . . 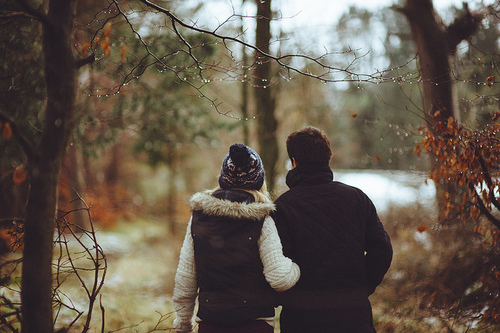